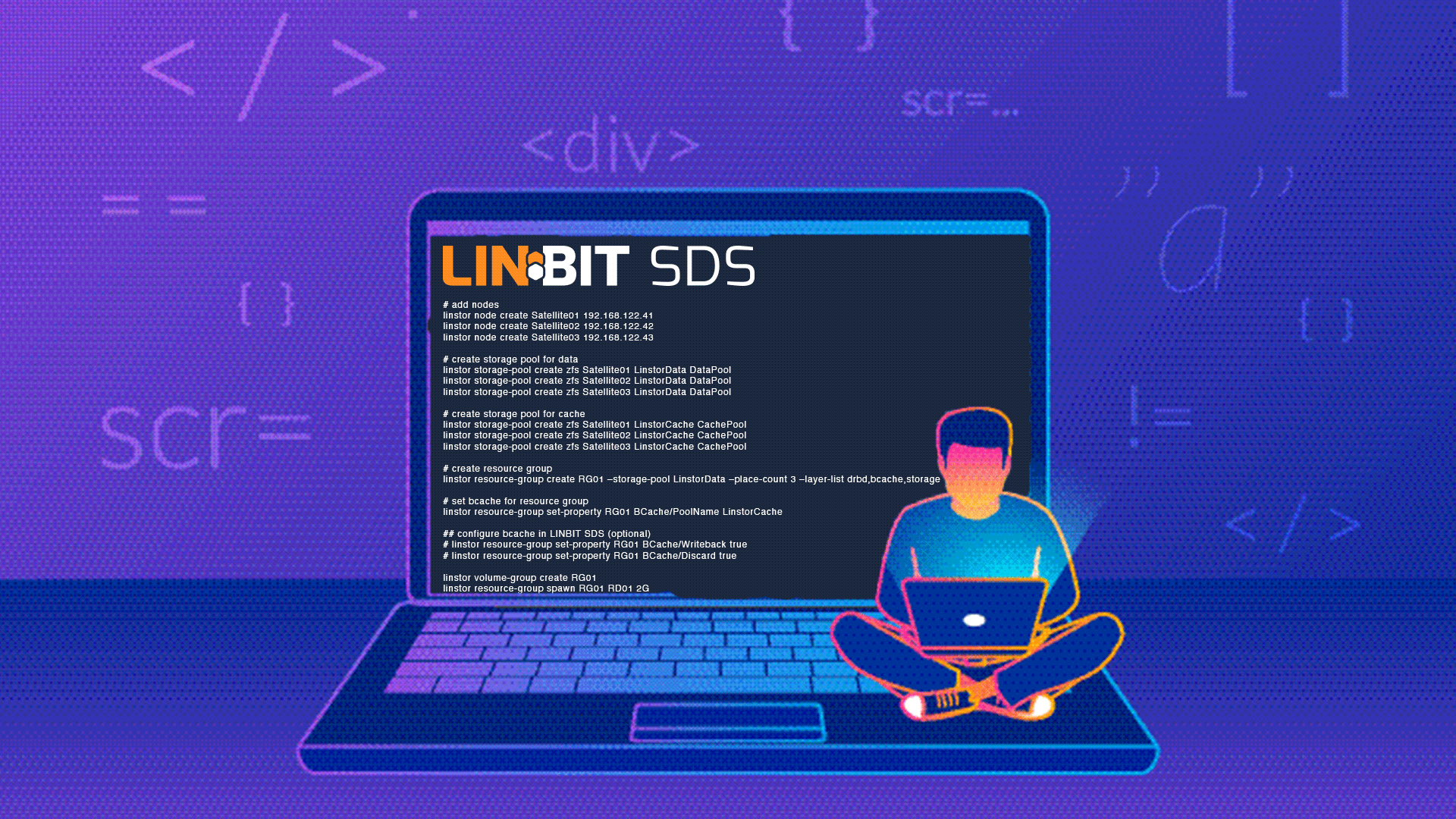 In this tutorial, I will show you how to use LINBIT SDS to orchestrate DRBD, bcache and ZFS in a stacked block storage layer.

We have three satellite nodes in this demo cluster, all installed the latest CentOS 8.4, each node has 1 x NVMe drive and 3 x HDD drives.

DKMS and kmod both work fine, in this tutorial, we choose kmod to avoid development dependencies installation, also a little bit faster during ZFS installation.

CentOS 8.x and EPEL repositories don’t have bcache RPM packages at this moment, you have to compile by yourself, or simply install from LINBIT repository for whom within the validated LINBIT credentials.

Same as bcache, if you have the validated LINBIT credentials.

If you see some outputs for each three commands above on three satellite nodes, then that means you have everything working, congratulations!

Now we are going to set up ZFS, nothing to change in DRBD and bcache for now.

Create zpool(s) on all satellite nodes

All done! RD01 is a stacked block device which is backed by DRBD, bcache and ZFS from top to bottom.

What does that stacked block device mean?

When writing to RD01, DRBD will replicate data to other nodes, then bcache involves to improve write performance, persistent data on ZFS pools in the end.

What about deduplication? Any thoughts 🙂